We're excited to be working with International Monetary Fund & their executive team on podcast placements.

We're the agency that sets the podcasting bar & continues to raise it.

The International Monetary Fund (IMF) works to achieve sustainable growth and prosperity for all of its 190 member countries. It does so by supporting economic policies that promote financial stability and monetary cooperation, which are essential to increase productivity, job creation, and economic well-being. The IMF is governed by and accountable to its member countries.

What do they do?

The IMF has three critical missions: furthering international monetary cooperation, encouraging the expansion of trade and economic growth, and discouraging policies that would harm prosperity. To fulfill these missions, IMF member countries work collaboratively with each other and with other international bodies.

Kristalina currently serves as Managing Director of the International Monetary Fund, a position she was selected for on September 25, 2019 and has served as since October 1, 2019. Before joining the IMF, Ms. Georgieva was CEO of the World Bank from January 2017 to September 2019, during which time she also served as Interim President of the World Bank Group for three months. Previously, Ms. Georgieva helped shape the agenda of the European Union while serving as European Commission Vice President for Budget and Human Resources. In this capacity she oversaw the EU’s €161 billion (US $175bn) budget and 33,000 staff, as well as the EU’s response to the Euro Area debt crisis and the 2015 refugee crisis.

Before that, she was Commissioner for International Cooperation, Humanitarian Aid and Crisis Response, managing one of the world’s largest humanitarian aid budgets. Ms. Georgieva began her career in public service at the World Bank as an environmental economist in 1993. After serving for 17 years, and in many senior positions, including Director for Sustainable Development, Director for the Russian Federation, Director for Environment, and Director for Environment and Social Development for the East Asia and Pacific Region, her career culminated in her appointment as Vice President and Corporate Secretary in 2008. In this role, she served as the interlocutor between the World Bank Group’s senior management, its Board of Directors, and its shareholder countries. 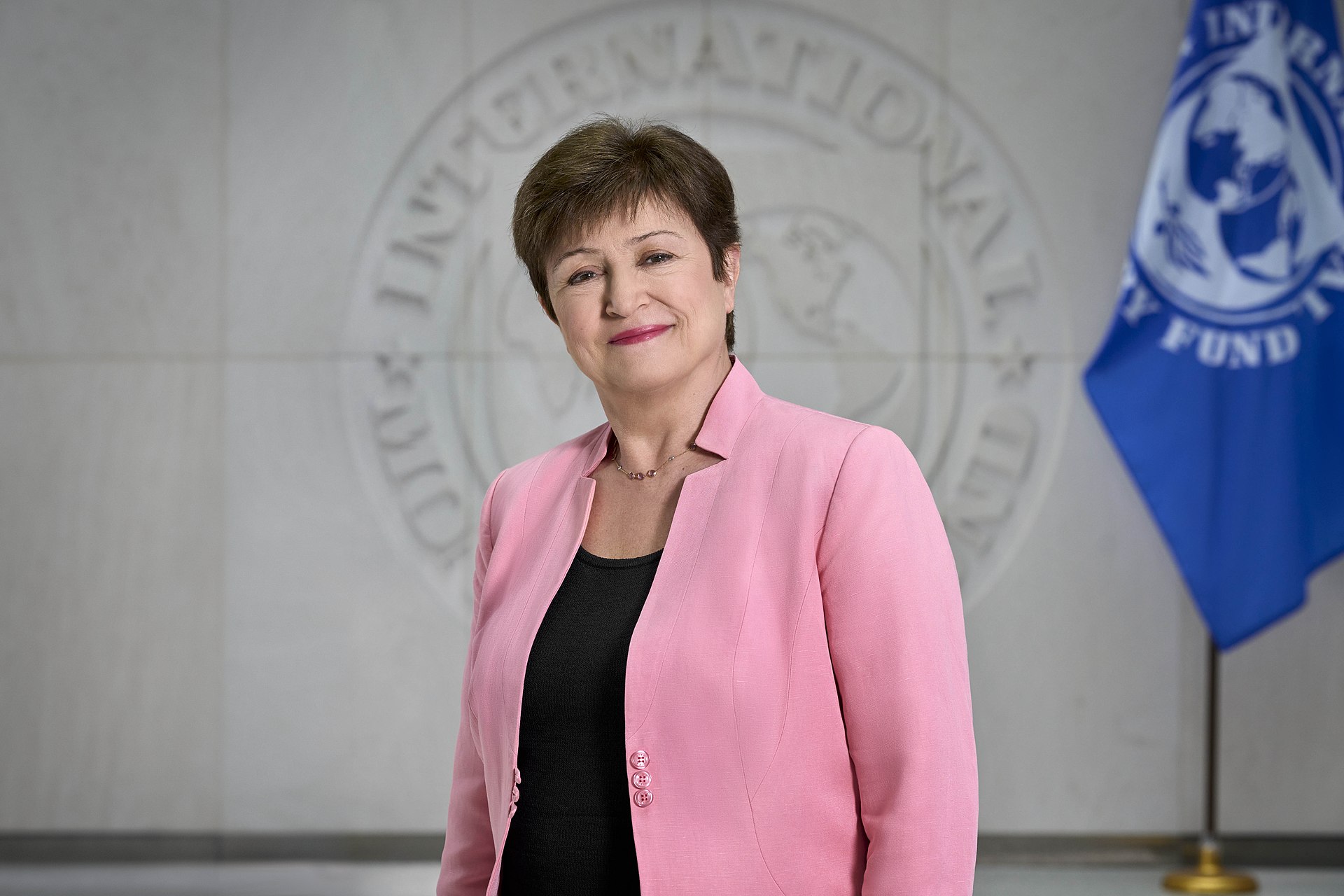